The Therapeutic Goods Administration (TGA), the Australian authority responsible for medical device and medicinal product regulation, issued a consultation paper dedicated to the fees and charges associated with the collection of comments from all parties involved in regulations. By publishing this consultation paper, the TGA intends to assess the potential impact of suggested changes on the industry representatives before submitting them to the government for approval and implementation. According to the applicable regulation, fees and charges are subject to annual review, while the TGA has to consult with the stakeholders regarding substantial changes to be introduced. 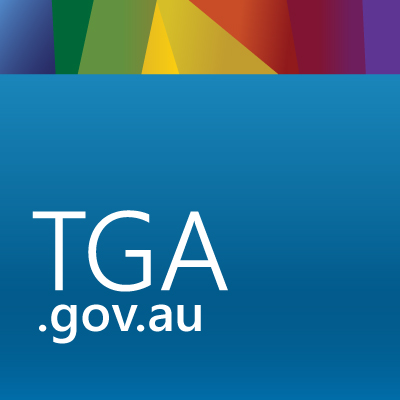 TGA Fees And Charges: An Overview

According to the Therapeutic Goods Act 1989, the medical device regulating authority is entitled to charge for the services it provides to the industry representatives in general and for specific regulatory activities. Under the appropriate provision, certain companies operating with therapeutic goods, including but not limited to medical device manufacturers, are obliged to pay annual fees and charges to the TGA Special Account. All the funds received from industry representatives should be used by the authority solely for the purpose of the improvement of the regulatory process. At the same time, the authority provides a wide range of services for free, including actions intended for the benefit of the general public and not of a certain company. Due to the nature of such services it is impossible to finance them using funds obtained from a particular company. For example, such services could include the actions aimed at making safety and performance information accessible to the public within the course of transparency improvement. It is planned that in the next two years the revenue of the authority would mostly come from funds received as fees and charges.

The authority also notifies that the list of the services offered for free has expanded substantially during the last several years. Most of them either were offered quite rare or even had not been existing at all at the time the current regulatory framework has been developed, so it is important to implement changes to provide the TGA with the additional funding necessary to cover its increasing expenses. For example, sometimes the authority needs to hire additional specialists to deal with suddenly increasing numbers of specific requests that are not common to the authority, so it has no appropriate specialists or there are so few that it is not adequate enough to deal with such issues, just as it was with cannabis-related products. Each new submission type requires TGA to establish an entirely new review procedure that results in additional expenses. These expenses would be covered by the applicants through the payment of fees. Sometimes these expenses are so significant that it would be unreasonable from a financial standpoint for the company to register a new product that requires an enhanced review procedure due to its intrinsic nature. For such cases, to avoid the situations when novel and innovative products are unable to be placed on the market due to high expenses associated with the registration procedure, the legislation provides special waivers for products intended to cover critical medical needs, allowing the manufacturer to be exempted from the obligations on paying registration fee in full.

Nowadays the authority has to deal with the increasing number of reports and notification it has to process due to the changes in compliance requirements. For example, medicine shortages notification programs were recently introduced to keep the TGA informed on potential shortages in critical medicines supply. While convenient, this has resulted in additional expenses.

All corporate services necessary for the TGA to be able to maintain its operating activity are provided by the Department of Health. Such services include, among others, information technology services, personnel, and property. The authority pays for the aforementioned services in accordance with the corporate chargeback procedure.

The authority requires substantial investments to cover all the expenses associated with the improvement of the services it offers. For example, the existing IT system is based on technology that is already out-of-date and needs to be replaced with a modern one since its maintenance becomes quite complicated due to the lack of specialists being able to work with such an old system. The worldwide implementation of the unique device identification (UDI) placed on medical devices creates needs in a system allowing them to operate with UDIs to perform post-marketing surveillance. The TGA has already notified the government and stakeholders about the current situation with its IT infrastructure and provided a list of potential results the suggested modernization would have, namely:

If the government approved this modernization plan, the TGA would be allowed to use the funds from the Special Account to cover the expenses associated with the improvement instead of increasing fees and charges payable by industry representatives.

It is expected that the TGA’s costs would increase by $7 million in the next two years. This amount already includes:

All additional expenses could not be covered using the funds received by the authority as fees for the services it offers since services revenues are growing in a linear manner together with the volume of services provided and the expenses associated with them.

Expected Changes And Their Impact On Industry

The TGA expects the following changes to fees and charges to take place in the next two years:

The TGA actively collaborates with the numerous industry associations through consultations and takes into account all feedback received. The authority also expects that the suggested 1.95% increase based on the indexation approach would not create a substantial additional financial burden on all parties involved.