Home / RegDesk Blog / EU MDR/IVDR / Spinal Classification under the New EU MDR: Who will Adopt it?

Spinal Classification under the New EU MDR: Who will Adopt it? 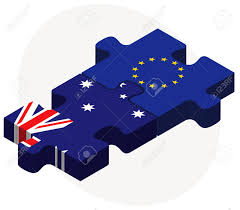 On December 7th, 2018, Team NB, an organization of European Notified Bodies (NBs), published a document titled “Joint NB-Position Paper on Spinal Classification per the MDR” that summarizes their opinion on Rule 8 of the EU Medical Device Regulation (MDR) 2017/745. One of the association’s mission is to create non-binding guidance documents that clarify current EU regulations.

Rule 8 classifies spinal implants based on a vague device description that does not consider the various establishment levels amongst the different types of spinal devices. This, in effect, has led to the categorization of all spinal implants into the highest possible medical device class in European Union– Class III, which is associated with the highest risk.

According to ANNEX VIII 5.4. Rule 8 of the EU regulation 2017/745, all implantable and long-term surgically invasive devices belong to Class IIb, except for:

According to the proposal made by Team NB, implant technologies used in spine surgery should be divided into two groups:

Such a classification model would reduce the number of unnecessary clinical evaluation consultation submissions (MDR Article 54), allow for risk associated with different implant types to be addressed, and make the process of overseeing manufacturers much clearer for Notified Bodies.

Will Australia Adopt Rule 8 of the EU MDR?

Rule 8 of the EU MDR is not a trending topic in the European Union alone. Australia is also considering adopting the EU’s spinal implant classification model. The Australian Therapeutic Goods Administration (TGA) believes that following the MDR rule would more accurately address device risk, technical design, and the level of invasiveness of these kinds of devices. If implemented, the TGA will make all the necessary changes to ensure that the new classification model properly aligns with Australia’s regulatory requirements for medical devices.

Comments on this proposed change will be accepted through March 31, 2019. If the rule passes, new spinal implant classification regulations will be enforced starting in August 2020.