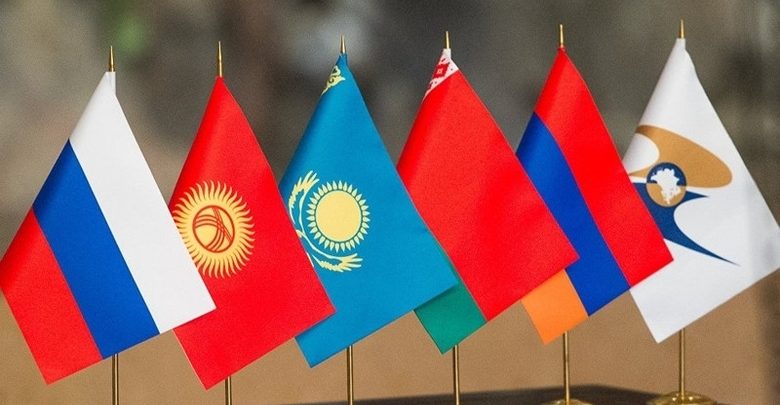 Last Wednesday, as part of our monthly #WebinarWednesday series, RegDesk hosted an immensely informative presentation about recent changes to medical device regulations in the Eurasian Union. This month’s featured speaker, Eurasian regulatory expert Alexey Stepanov, examined how these changes will affect medical device manufacturers and distributors in the coming months. Mr. Stepanov shared so much helpful information that we decided to create a summary of the discussion.

The webinar can be viewed in its entirety by clicking the link in the column to the right.

In 2014 Russia, Kazakhstan and Belarus signed the Eurasian Treaty, an economic agreement between the countries intended to harmonize their economic sectors. Armenia and Kyrgyzstan later signed additional treaties aiming to accession them into Economic Union in 2015. Part of these agreements was the harmonization of the medical device and pharmaceutical industries. The object was to create a unified regulatory framework covering all member states. A transition period was enacted to reduce the burden of new regulations created under the treaty on both the medical device industry and national regulating authorities. During this transition period, new and old regulatory procedures existed in parallel. Medical device manufacturers and importers could register through either the new Eurasian process or previously established national processes. Unfortunately for companies who have continued to register through the old framework (which is most companies), this transition period expires at the end of 2021. Starting January 1, 2022, all new medical device registrations must follow the new regulatory procedures for Eurasian EEU Countries.

Before the new Eurasian regulations, each of the current member nations had different processes and requirements for medical device registration. Classifications differed from country to country, as did groupings for registrations. Some countries, such as Armenia, had no regulations at all. The diversity of rules and regulations often hindered market entry for medical devices. The harmonized regulations under the Eurasian treaty are designed to ease the regulatory burden on medical device manufacturers and distributors while also ensuring public health and wellbeing.  Both medical device registrations and post-market requirements will be regulated by Eurasian rules and guidance. Although this transition promises to have significant long term benefits for the medical device industry and the regulating authorities of member states, it seems likely that it will get off to a rocky start, according to industry analysts.

Here are two important points to consider when planning registration in Eurasia:

Under previously existing regulations, this is not a requirement for registration in most member nations. Currently, including ISO certifications in submissions is enough to achieve approval in many cases. Under the new regulations, this will not be enough in most cases. According to guidance released by the Eurasian Regulating Authority, Quality Management System Inspection performed by competent authorities of member states is required for class IIB and III medical devices. These inspections entail physical inspection of the manufacturing facilities conducted by the competent authorities. This is covered by Regulation 106, released in 2018.

So far, only Roszdravnadzor (RZN), the Russian Regulating Authority on medical devices, has established an Inspection Authority for Quality Systems Management. They performed their first inspections at the end of 2020. There is currently no clear picture of what agencies will perform the inspections in other countries, the costs, or timelines for communication.

RegDesk will continue to release relevant information on our blog as new information is made available.

The new regulations require clinical trials of class IIB and III medical devices to be performed according to guidance released on good clinical practice. Clinical trials must be performed must be multi-central clinical studies conducted in hospitals within the Eurasian Union. Industry analysts are still trying to understand what this will look like in practice. There is currently no requirement to perform clinical trials on patients within the Eurasian Union, or at least it is an infrequent requirement. Under current regulatory systems in place in Russia, Kazakhstan, and Belarus, the clinical step of approval is performed via assessment of existing clinical data. In the case of foreign manufacturers, clinical data obtained in other jurisdictions is acceptable in most cases. The new regulations suggest that this will no longer be the case. However, since there is no prohibition against using clinical evidence obtained in foreign markets, it is possible that this requirement may be waived in some instances in the future. 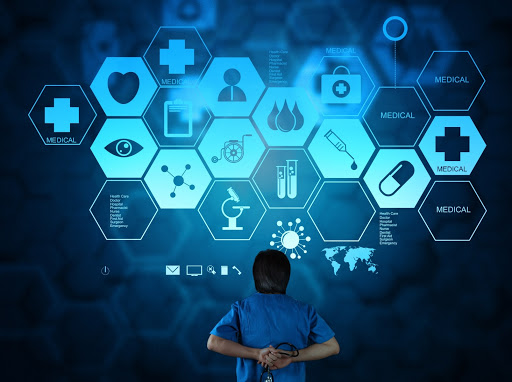 The new regulations have already been implemented, and it is currently possible to gain regulatory approval through them. However, the new approval process is currently slow due to numerous challenges associated with implementing novel legislation. For that reason, many companies have chosen to continue to seek approval through previously existing regulatory systems. Starting January 1, 2022, this will no longer be possible. After the expiration of the transition period at the end of this year, all new medical device registrations must be submitted through the Eurasian regulatory system.
Products that are already on the market will remain approved in the countries in which they were previously registered prior to the end of the transition period. These products will remain approved until their license expires or until the end of 2026. On January 1, 2027, all previously registered medical devices, even those whose license has not expired, must be re-registered under the new regulations.
Until then, devices registered under the previous regulations may be amended or re-registered under the existing national rules under which they were initially approved. These products may only be marketed in the countries in which they were originally approved. Only medical devices registered under the new Eurasian regulations may be marketed throughout the Eurasian Union under one license.

Registration under the new Eurasian regulations is a two-step process. First, the responsible party must select the member state that will be accepting the application. The competent authority of the chosen country will review the application and create an expert report. The report will then be reviewed by the regulating authorities of other member states for acceptance.
The Agreement of Common Principles of Circulation of Medical Devices released in 2015 clearly states that competent authorities of member states will adhere to common regulatory approval processes across the Eurasian Union. However, the maturity and political strength of national regulating authorities differ from country to country. Under the existing regulatory systems, there is a great disparity in the ease with which a manufacturer or distributor can obtain market approval for a medical device. Russia currently has the most challenging approval process. In Armenia, on the other hand, interested parties can import medical devices without registering them. Lack of experienced industry professionals and an immature regulatory infrastructure could potentially hamper the  new regulatory approval process in certain countries. Even if a registration is accepted and approved by a certain nation, it may fail to gain the approval of other member states required for licensing medical devices under the new Eurasian regulations.
Since Russia and Kazakhstan are the largest markets in the Eurasian Unions, entry into these markets will presumably be important to the success of products. If this is the case, then it will be beneficial for interested parties to seek approval through the regulating authorities of one of these markets. Russia, in particular, already has in place the proper infrastructure to perform rigorous regulatory assessments. 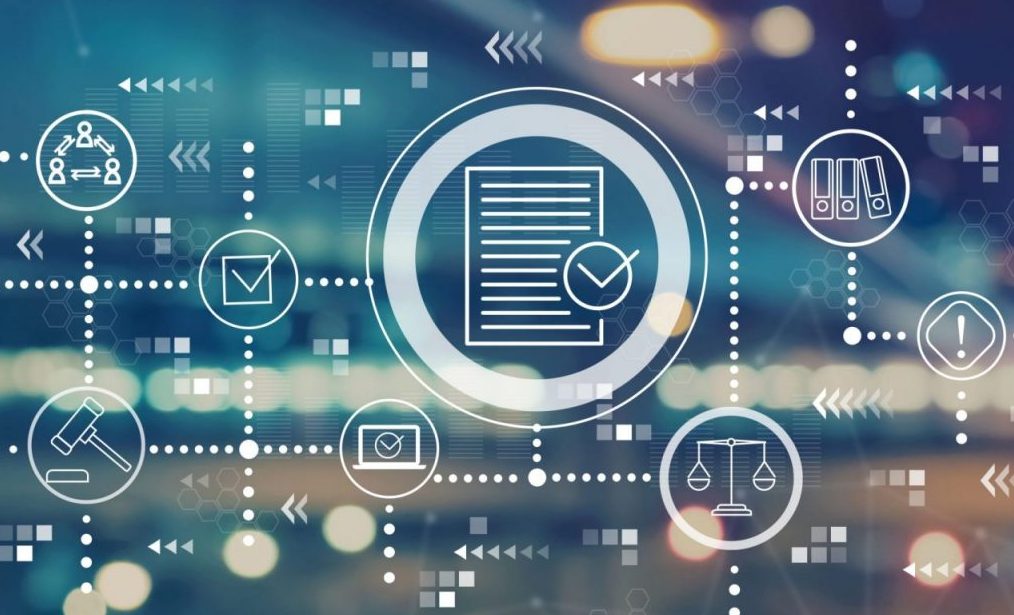 Alexey Stepanov is the Director of Regulatory Affairs for Medical Devices at Raifarm, a regulatory consulting company that provides comprehensive regulatory services to the healthcare industry both for Russia and the Eurasian market. He is a regulatory specialist with over ten years of experience working for leading medical device manufacturers in leadership roles. He has a proven track record of class II-III medical devices approval in Russia and intensive experience in quality management. He also runs a blog where he posts regular updates on medical device and quality management regulations for Russian and the Eurasian Union.

The new regulatory procedures for medical devices in the Eurasian Union mark a significant change in the global regulatory landscape. Since the passing of the Eurasian Treaty in 2014, all new regulatory procedures implemented under the treaty have existed in parallel with previously existing regulations implemented by individual member states. Staring January 1, 2022, the Eurasian Regulatory System will become the sole standard across all member states. Two notable affects to consider are the new requirements for Quality management System Inspections and mandatory clinical trials to be conducted within the Eurasian Union. How smoothly this transition will go remains to be seen, but according to analysts applying for registration through member states with mature national regulatory agencies will lessen the potential for complications.