Home / RegDesk Blog / North America / What Is the Best Way to Identify Your Predicate Device?

What Is the Best Way to Identify Your Predicate Device? 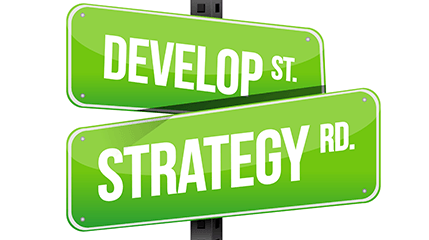 For startups and smaller companies that are developing medical devices, identifying the optimal predicate device for FDA can be a critical first-step in their development cycle.

We spoke with one of our experts, Jonathan Wacks, and he spills the beans about predicate devices, the boundaries of SE (substantial equivalence), FDA guidance documents, and the relationship between regulatory strategy and design strategy. Here is what he had to say.

Note: This is an abridged version of his talk.

The key is that there’s a wealth of information online. First, see who is making a product that’s similar to yours. If you are making a tongue depressor, go to the internet and search for ‘tongue depressors’. Once you have a list of tongue depressors, you can go to the FDA’s website and find the names of the companies that make that product. Since the 1976 medical device amendment, you have device classifications that are actually in the regulations and the FDA’s database will give you a three-letter acronym for each classification of device. (The general classification for surgical instruments might be ‘FGA’.)

Once you have the 3-letter classification, you can get a list of every product, every company and the trade name of every competitor or every potential competitor that you want to look at. Once you have the claims, then you can do an in-depth analysis and comparison of those claims. In addition to that, under the FoIA (Freedom of Information Act), you can get you as much regulatory submission data from the FDA as possible, usually including, the approval letters.

Now, you can start establishing what you believe to be the competitors’ claims. What you need to do is say “bigger than a breadbox, smaller than a nuclear reactor, runs on 110 volt power, gives you an answer in 90 seconds, used in the home, lab or bedside” and you put together a description, a simple sheet, that says here’s what the manufacturer is claiming and that becomes your competitors’ claims. In parallel, create a set of claims that you would like to make. If you competitor says that, for example, they will tell you the results in 5 minutes and yours requires shipment of samples to a company overnight in a little box and then wait for the answers, that’s what would be called a divergent claim. The objective of the game is to say “well who out there in the market who has previous clearance”. You want to show as many convergent or identical or mirror claims because you want to establish substantial equivalence (SE).

Once you’ve surveyed your competitors and you’ve created a table where you compare their label claims, their features, their functionality, their safety, their warnings etc., you need to then say what you want your product to do and what it can do. Do you have to change your concept because it’s easier to get SE? This is the biggest mistake that people make, where you will need to differentiate yourself from a patent perspective and a market perspective, but from a regulatory perspective, you don’t, because you have to show as much equivalence as possible.

The FDA, in general, frowns on what they call a ‘split predicate’ where you take some of the claims of one device and some of the claims of another device and based on that, put it together and say that your product is substantially equivalent. When people start putting together a piecemeal equivalence, you’re going against the intent of the substantial equivalence guidance that the FDA has given subsequent to the medical device amendments and all the initial regulation.

On a side note, under the 21st Century Cures Act, there are some devices that longer require 510(k)’s, so the first thing you should ask is if you still need a 510(k). Because we have what’s called a ‘shifting regulatory landscape’, you look around and you say well he has a 510(k), everyone has a 510(k), therefore, I have to get a 510(k). But that may not be the case anymore. This is fairly new and that being said, you still may need to have a regulatory strategy to potentially have a meeting with the FDA, called a pre-sub meeting. (it takes about 90 days to set up).

Going back to the original route, SE to the FDA means SE in terms of safety and SE in terms of efficacy. So you have to show equivalence on those two. Let’s say you’re making a blood separator or a blood purifying filter. The fact that someone else did it in 1982 and you’re saying that it’s substantially equivalent does not mean that FDA is going to accept that based on that original 510(k) submission that your competitor submitted. That’s why you need to look at the most recent ones that people have done.

Another issue that you need to consider very carefully is what they call a collateral standard (CS). CS means that the FDA may not have a guidance document specifically for it but there are alternatives for it (ISO standards etc.). FDA will say if you use a CS then, we will accept the data that proves SE.

What you generally find is that it doesn’t take that long to come up with a regulatory strategy. The moment you do that, you now have to input that net sum of total regulatory strategy into your design control process. You may, as a result, have a whole bunch of regulatory affairs requirements in your design control process. That’s often where things fall apart, when you do this regulatory strategy and then the engineers do their own thing, and after submission, you realize that you have made so many design changes that you may have lost your original SE. That’s often the difference between success and failure in getting it past FDA.

Once the regulatory strategy is set, writing a 510(k) then becomes almost mechanical. You know the tests you have to do, the claims you have to make and what exactly constitutes safety and efficacy.