The Food and Drug Administration (FDA) has published an information sheet guidance describing the regulatory aspects related to the Significant Risk and Nonsignificant Risk medical device studies. The document is intended to provide additional clarifications and recommendations to be considered by the parties, interested in placing their medical devices on the US market (sponsors), clinical investigators, and also the representatives of the regulating authorities engaged in the process.

Due to its legal nature, the guidance does neither introduce any rules nor impose any obligations for the parties involved. The Agency explicitly states that the alternative approach could be applied, providing that such an approach complies with the applicable regulatory requirements and has been agreed with the Agency in advance. It is also important to mention that the information sheet guidance document has been initially issued in January 2006, and has not been subject to any additional reviews or amendments, except the revision conducted to update the examples contained therein and clarify the responsibilities of the regulating authorities, as well as to align it with other FDA regulations. 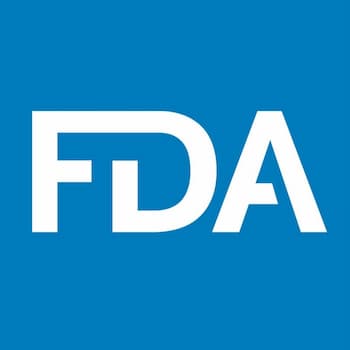 As it was already mentioned before, the present FDA guidance contains additional clarifications to be considered by the medical device manufacturers, their authorized representatives, clinical investigators, and also institutional review boards (IRBs) when conducting a risk-based determination of clinical studies. In particular, the document describes the regulatory aspects related to significant risk and nonsignificant risk medical device studies.

The present document addresses the first two types, while the details about the third one are provided in a separate guidance document issued by the FDA.

The Agency describes the criteria to be applied when determining the risk type of a medical device study subject to review. According to the document, in case of significant risk studies, the following criteria are applicable:

The FDA states that all medical device studies that do not meet the criteria listed here should be classified as nonsignificant risk studies.

Under the general rule, a party interested in placing a medical device on the market (a sponsor) conducts the initial risk determination and communicates the decision taken to the institutional review board. At the same time, the parties engaged may also ask the Agency to assist in risk determination. In case there is no final determination made by the FDA, the institutional review board should determine the risk type of each medical device clinical study. In case of any discrepancies, the determination made by the FDA should prevail and thus be deemed final.

Responsibilities of the Parties

In order to assist all the parties involved in complying with the applicable regulations, the present FDA guidance also outlines the scope of responsibilities of each party.

For instance, depending on the type of the medical device study, the responsibilities of the study sponsor would include:

The document also describes the corresponding responsibilities of the IRB. According to the document, an institutional review board shall:

Summarizing the information provided here above, the present FDA guidance describes the way the type of the medical device study should be determined depending on the risks associated thereto. The document also outlines the responsibilities of all the parties involved and describes the appropriate procedures.