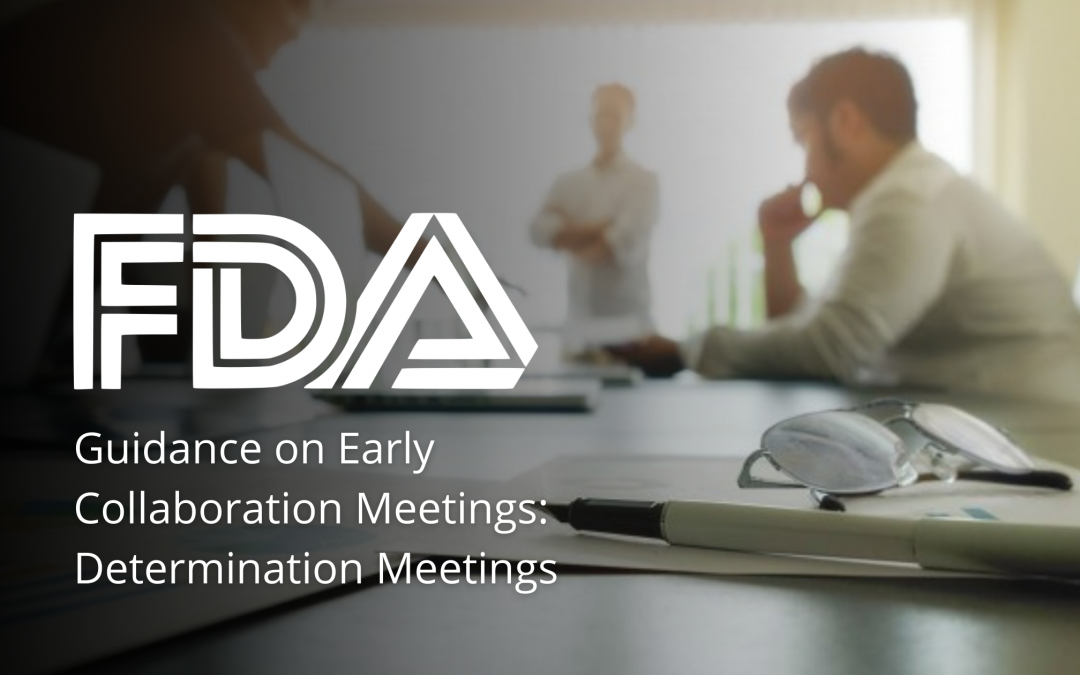 The Food and Drug Administration (FDA or the Agency), the US regulating authority in the sphere of medical devices, has published a guidance document dedicated to early collaborations meetings to be carried out in order to improve cooperation between the Agency and medical device manufacturers. The present article is dedicated to Determination Meetings. 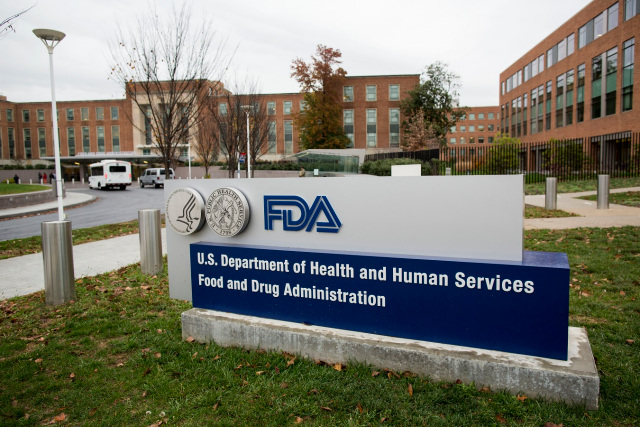 It is important to mention that due to its legal nature, the document does not introduce new rules and obligations, but provides additional clarifications on the applicable regulatory requirements and non-binding recommendations to be considered by medical device manufacturers and other parties involved. Additionally, the authority states that an alternative approach could be applied, provided such an approach complies with current legislation and has been approved by the FDA in advance. 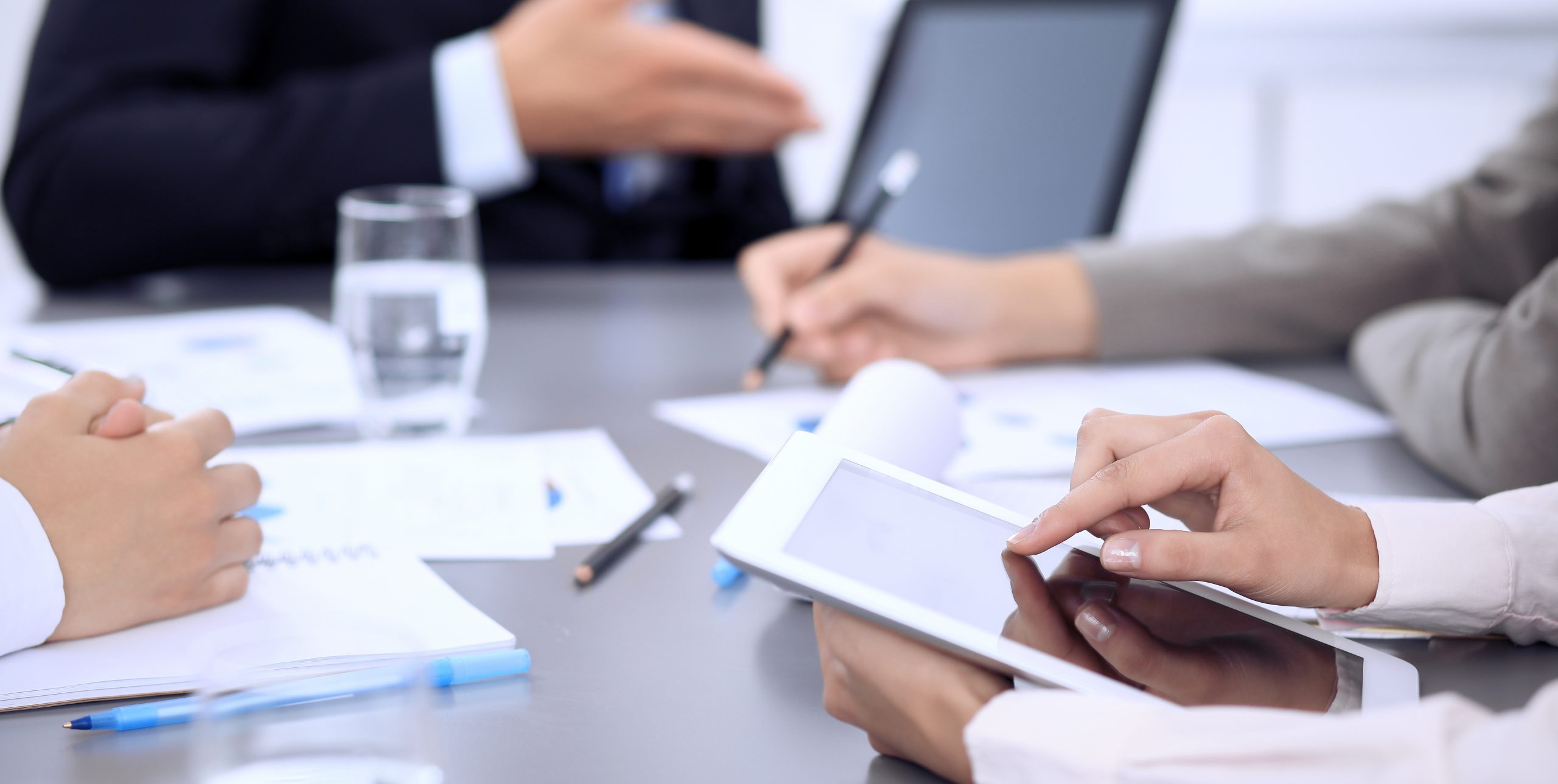 Determination Meeting – Actions to be Performed by the Applicant

During the preparation stage, an interested party should contact the respective division of the FDA to discuss general matters related to the product in question. Following that, they shall submit a request for a Determination Meeting.

According to the guidance, such a request should cover the following aspects:

The interested party shall then arrange a preliminary meeting to discuss the core elements of the request and the information provided to the authority. During this meeting, the parties will also discuss additional details reasonably necessary for the authority to complete the review. Such additional information requested by the FDA should be provided by the interested party prior to the Determination Meeting.

According to the guidance, a Determination Meeting could take 1-2 hours and could be performed as an ordinary meeting or by using technological solutions (e.g., videoconferencing). The authority additionally emphasizes that while all general points related to the information submitted by the interested party could be discussed at a preliminary meeting, a Determination Meeting should be completely dedicated to discussing the most important matters only. For this purpose, the parties should agree on the main points to be discussed earlier during the preliminary meeting. At this stage, the regulating authority is entitled to request additional information reasonably necessary to assess the aspects related to the safety and performance of the medical device in question.

The document also describes the activities to be performed during the post-market stage. In this regard, the Agency states that the interested party shall duly prepare draft meeting minutes and provide them to the authority not later than seven days after the date the meeting took place. The guidance also explains a mechanism introduced to assess the effectiveness of such meetings. The applicant may wish to complete the checklist entitled “The Sponsor’s Evaluation of the Application of the Least Burdensome Principles in Early Collaboration Meetings.” The Agency will use this checklist to help assess the industry’s satisfaction with FDA’s application of the least burdensome approach to determine the type of valid scientific evidence needed for marketing approval. 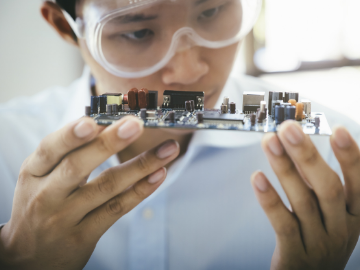 Actions to be Performed by the Agency

Apart from the actions to be performed by the interested party (the applicant), the document also describes how the authority will act when executing its functions with regard to early collaboration meetings in accordance with the current legislation. In particular, it is stated that upon submission, a new request will be assigned with a special tracking number intended to facilitate processes and improve transparency. It is also stated that the Agency will provide the manufacturer with the dates for pre-meetings (if any) and also the formal Determination Meeting itself not later than 30 days from the date the appropriate request has been duly received by the authority. Then the authority will decide on a team to participate in the process from the side of the authority, while the applicant is entitled to suggest its candidates to be included.

According to the document, the list of persons to be invited could include the following:

If the medical device to be discussed at a meeting is one based on novel technologies, the participation of the Director or Deputy Director of ODE could also be considered.

In order to facilitate and streamline the following process, the Agency shall conduct an internal pre-meeting. The authority explicitly mentions that in accordance with “The System Approach,” this meeting should also be used to consider [the Agency’s] knowledge of and any expertise with similar products and to formulate FDA’s overall strategy of addressing the situation. As a result of such meetings, the persons who took part in it should identify the most important aspects to be discussed with the interested party.

Upon completion of a meeting, a team leader of the regulating authority will provide the applicant with the meeting summary and also schedule a new/additional meeting if necessary. As mentioned, the authority and the interested party should also exchange their meeting minutes after its completion (this could be performed in electronic format). The authority emphasizes that the minutes of the meeting should be detailed enough to cover the most important points discussed during the meetings, while its internal structure should facilitate easy navigation of the content.

At the final stage, the team leader of the authority should prepare the memorandum of Agency determination. According to the guidance, the following procedure applies:

In summary, the present FDA guidance dedicated to early collaboration meetings describes in detail how a determination meeting should be arranged and carried out, including post-meeting activities to be performed by each of the parties. The document also outlines the scope of questions to be considered at each stage of the process.