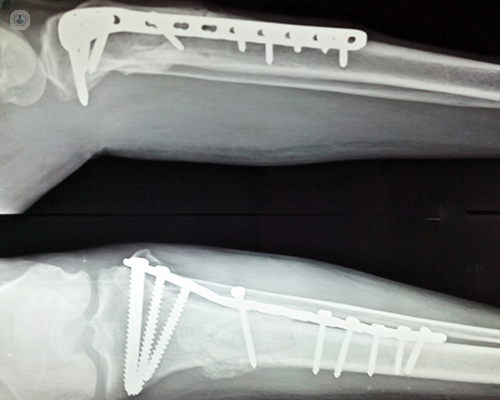 The Food and Drug Administration (FDA or the Agency), the US regulating authority in the sphere of healthcare products, has published a guidance document dedicated to orthopedic fracture fixation plates. The document describes the performance criteria for the Safety and Performance Based Pathway. The document is intended to provide additional clarifications regarding the applicable regulatory requirements, as well as recommendations to be considered by medical device manufacturers and other parties involved to ensure compliance thereto. However, the document is non-binding in its legal nature and is not intended to introduce new rules or impose new requirements. The authority explicitly states that an alternative approach could be applied, provided such an approach is in line with existing legislation and has been agreed with the authority in advance. The purpose of the guidance is to highlight the key aspects to be considered by medical device manufacturers concerning specific products covered by the scope of the document when applying for marketing approval.

The guidance describes, inter alia, the approach to be applied to mechanical tests the device in question should be subject to. According to the document, such tests should be conducted as prescribed by the applicable standards, namely:

As further explained by the FDA, the manufacturer should explain and justify the approach applied when identifying the worst-case scenario for each of the tests conducted. The said scenario should cover such aspects as indications for use, geometry, and labeling. The authority additionally emphasizes the importance of considering the intended anatomical location when deciding on tests to be undertaken.

Upon completion of testing, the manufacturer should provide detailed reports to be prepared by the respective requirements set forth by the aforementioned standards.

Apart from device-specific recommendations provided in the present guidance, the manufacturer should also take into consideration the requirements and recommendations for similar products described in the respective guidance documents.

According to the guidance, the substantial equivalence of construct fixation can be demonstrated through a comparison of the number of screws used with each plate and a comparison of subject screws to the predicate (e.g., the number of screw holes, the screw type, screw diameter, overall length, threaded length, and thread profile). The said approach is considered to be the least burdensome and could be applied to the products intended to be placed on the market under the 510(k) framework.

The document further describes in detail the key points to be considered concerning bone plate mechanical testing including, inter alia, testing methodology, performance criteria, additional considerations, and information to be included in the scope of submission.

The guidance also describes the approach to be applied in the case of medical devices intended to be supplied sterile. The appropriate testing should be performed by the requirements set forth by the respective FDA recognized voluntary consensus standards including, inter alia, ISO 17665-1 and ISO 11135-1. Such testing should be conducted to demonstrate sterility of the appropriate level. In this respect, the submission should contain detailed information about the packaging and the way it ensures the sterility of the device during transportation and throughout the whole period of shelf life, as well as details about the particular testing methods used.

The authority also pays attention to biocompatibility-related matters. In particular, the document refers to the appropriate guidance document issued earlier by the FDA, and also to the applicable standard ISO 10993-1 “Biological evaluation of medical devices – Part 1: Evaluation and testing within a risk management process”. The key aspects to be considered in this respect include, inter alia, the following ones:

The authority also mentions that in case the device in question employs the same materials as the ones used for a similar device already placed on the market, and the characteristics in terms of type and duration of tissue contact are the same as well, it would be acceptable to demonstrate substantially equivalent biocompatibility to demonstrate compliance with the applicable regulatory requirements, provided that all the necessary documentation is duly submitted by the applicant. However, should the manufacturer decide that testing would help assess certain endpoints, such testing should be performed, and the appropriate report should be provided to the authority, except the cases when it is sufficient to submit a Declaration of Conformity. The authority additionally emphasizes that as described in the FDA guidance Safety and Performance Based Pathway, if a device cannot rely entirely on performance criteria identified by FDA to demonstrate substantial equivalence for its submission, it is not appropriate for the Safety and Performance Based Pathway program; however, the previously established 510(k) programs in which direct performance comparisons against appropriate predicates are conducted, including Traditional, Special, and Abbreviated 510(k), remains available.

The document further describes the key points to be considered in terms of biocompatibility. According to the guidance, the testing methods to be used should be determined by the applicable biocompatibility consensus standards. In the course of such testing, a biological response of all the components of the device that are in direct contact with human tissue should be subject to a rigorous assessment. Should an adverse biological response be identified, the manufacturer would have to provide a justification explaining why the level of toxicity is considered acceptable.

In summary, the present FDA guidance highlights the most important aspects to be considered concerning performance criteria for orthopedic fracture fixation plates in terms of the Safety and Performance Based Pathway. The document outlines the key points to be covered by the scope of testing to be conducted by the manufacturer and also describes the information to be submitted when applying for marketing approval.