Clinton vs. Trump on Healthcare 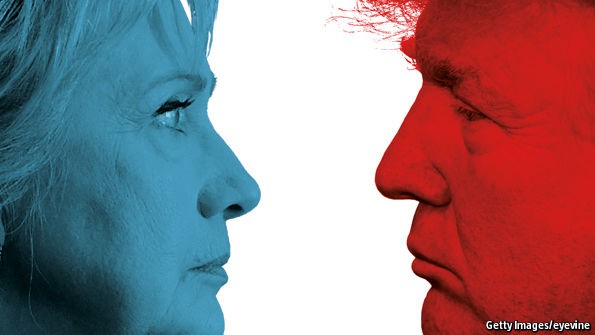 Healthcare has always played a prominent role in presidential campaigns, and with good reasons. While the approaches and obstacles to reform can be addressed among multiple political parties, what remains undebatable is the fact that America’s healthcare system can be much better than it is now. Compared to other OECD countries (Organization for Economic Cooperation and Development), the U.S. ranks as one of the highest in government health care spending per capita. However, it performs below average on metrics that measure the overall well-being of its citizens.

Medical care in the U.S. is mostly private-owned, with some public funding for the research and development of medicine and medical devices. Two other components of the U.S. health care system include Medicare and Medicaid. In 2010, the Patient Protection and Affordable Care Act, more commonly known as the ACA or Obamacare, was implemented by President Barack Obama. Obamacare is, to date, the most significant revolution to health regulations in the US healthcare system. Hillary Clinton, the presumptive nominee of the Democratic Party, and her Republican counterpart Donald Trump both address the ACA, Medicaid, and Medicare in their healthcare plans. However, their visions differ significantly.

Clinton wishes to expand and improve upon Obamacare, reducing cost and increasing the choice of insurance coverage for all citizens. Her proposed improvements can be made by slowing the growth of out-of-pocket costs such as copays and deductibles. She has also proposed a “public option for Americans interested in buying into Medicare earlier and at a more affordable rate. That is, people 55 or up could voluntarily pay to join. Additionally, the ever-increasing prescription drug prices must be lowered. Clinton believes that to get ahead, companies should be required to invest in research instead of increasing drug costs. Prescription drug imports from Canada should also be legalized, opening up the market with lowered regulatory barriers. Clinton also wishes to create incentives which encourage all states to expand Medicaid. Healthcare should be more accessible to rural Americans and all families, regardless of their immigration status. Clinton is a strong advocate for protecting women’s rights to reproductive health care in the form of accessible contraception and safe abortion.

Meanwhile, Trump’s seven-point plan released in March 2016 has different goals. Firstly, Trump wishes to repeal Obamacare and keep only the policy that states insurance companies must cover every American regardless of pre-existing conditions. Trump intends to replace the current system with private plans promoting free market principles, including the choice to purchase across state lines. Medicare should remain as is but Trump believes it is necessary to block-grant Medicaid to the states. In contrast to Clinton, he believes illegal immigrants cost the healthcare system $11 billion per year and therefore immigration laws must be more stringently enforced in the future. Similar to Clinton, Trump believes regulatory barriers for more overseas drug trading should be reduced. According to Trump, drug prices should not only be lowered, but all healthcare providers should also provide price transparency.

The plans discussed for each nominee are a rough outline of their health care reformation vision. Both parties firmly believe in increasing coverage for all citizens by lowering insurance rates and drug prices. However, they certainly wish to implement different approaches to address these issues.