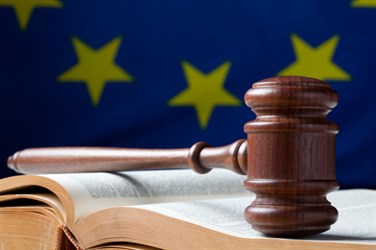 This is the first NB to be listed in the European Commission’s New Approach Notified and Designated Organizations (NANDO) database.  This designation has occurred  months before the estimated timeline proposed in the “Designation and notification of conformity assessment bodies” guidance, which was published in 2017.

According to NANDO, the extent to which the BSI UK’s classification ranges is from medical devices that include medicinal substances or nanomaterial to custom-built class 3 implantable devices.  BSI’s classification under the EU’s In Vitro Diagnostic Regulation (IVDR) will be decided within the next few months.

The IVDR designation could alleviate concerns surrounding the industry in regards to the lack of NB preparation over the audits needed for compliance prior to the 2020 and 2022 transitional deadlines for MDR and IVDR, respectively.  This challenge highlights the transitions for Brexit and the EU’s restoration of device regulations happening around the same time.

Brexit amplifies pressure on the UK’s Medicines and Healthcare products Regulatory Agency (MHRA) to expedite NB designations to prepare for new Medical Device Regulation.  Though a no-deal scenario on the regulation of medicines, medical devices and clinical trials is appearing to be more likely as the deadline set for March 29th approaches.

Under the possibility of a “no deal” scenario, the required arrangements needed to ensure medical device manufacturers’ compliance may be hindered.  This challenge has been amplified due to the lack of preparations for MDR/IVDR compliance in the UK post-Brexit as many details are still being sorted.

Earlier this month, the MHRA released guidance on specific plans that would modify regulations as a result of a no-deal Brexit. This plan includes having a UK version of MDR and IVDR in place by March 29th, 2019.  In addition, UK-based NBs will no longer be recognized by the EU after this date. Without recognition, medical devices can not be placed on the EU market.